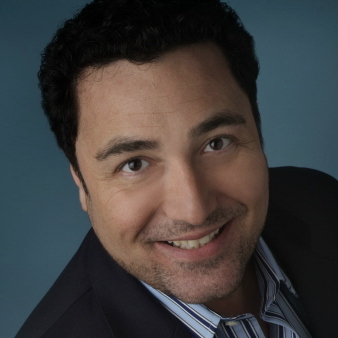 Damian Muziani has worked in the entertainment and media industries as an actor, spokesperson, host, filmmaker, and broadcaster over the past 15 years. He has performed in dramatic scenes opposite many established actors including Kevin Hart, Bryan Cranston, Donnie Wahlberg, Sylvester Stallone, Ed Asner, David Costabile, Asia Kate Dillon, Cathy Moriarty, Adam Sandler, Bill Bellamy, Shaquille O'Neal, Justina Valentine, and many others. On stage, Damian has acted in lead roles for mainstage productions of Rumors, A Funny Thing Happened on the Way to the Forum, Over the River and Through the Woods, Coming Apart, Here on the Flight Path, The Odd Couple, The House of Blue Leaves, and Mr. Hart & Mr. Brown. He was awarded with a Perry Award nomination for Excellence in a Leading Role from the New Jersey Association of Community Theatres. Damian has also received six Telly Awards, including the especially rare "Silver Telly" for his work in video production, entertainment, and political commentary. Additionally, he has served as an over-the-air broadcaster for the Philadelphia Flyers NHL team, PHL17 Television in Philadelphia, 97.5 The Fanatic radio in Philadelphia, and 97.3 ESPN radio based out of Atlantic City, NJ. He also served as the first-ever spokesperson for Manhattan Mini Storage in New York City as the "Storage Guru". Most recently, Damian Muziani can be spotted in a principal role for the dramatic recreation "Fantasy Man" which was broadcast nationally on CBS Television, and as a prankster in episodes of the new MTV program "Revenge Prank".

Damian Muziani is interested in all things media-related, especially in areas involving Journalistic Ethics, and video production. He enjoys creating a connection with viewers and live participants, and excels as part of a dynamic and focused media entity.